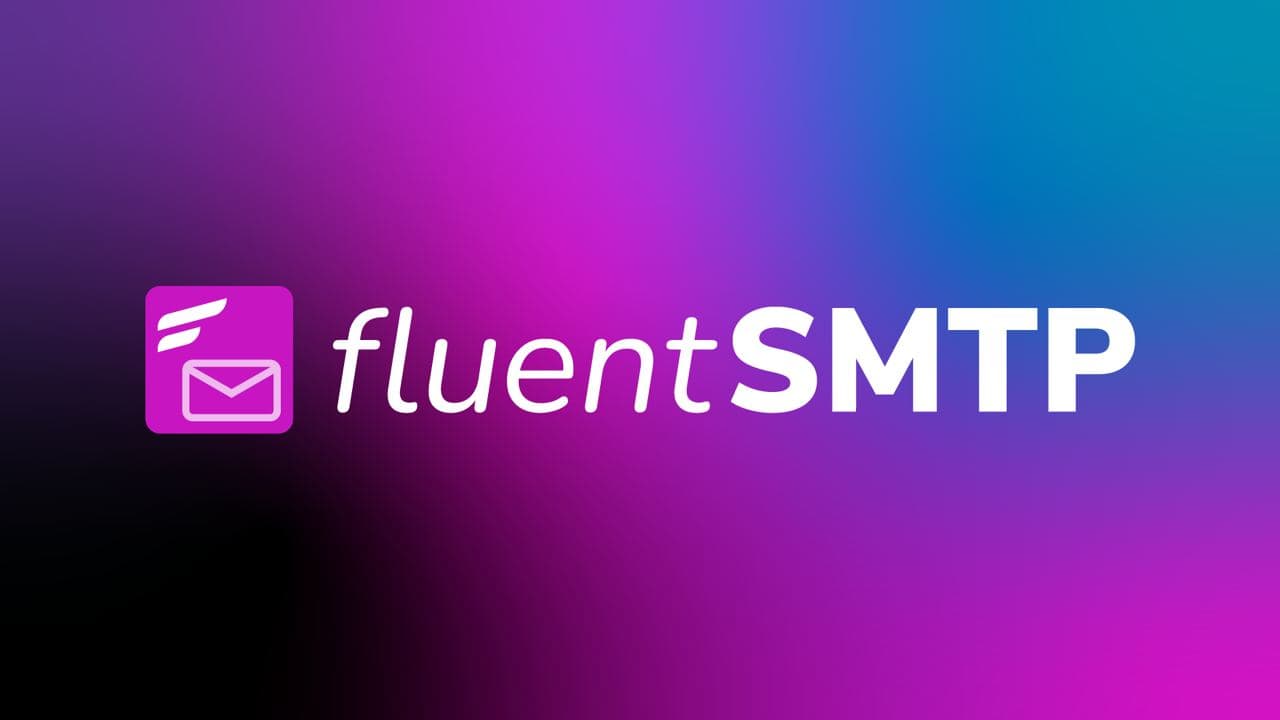 Even in 2021, WordPress is going strong. Almost half the web creators, ranging from the most popular news sites to personal hobby bloggers, use WordPress as their favorite CMS platform every day. If you’re one of them, an SMTP plugin isn’t simply one of your desires but a need. And with the release of Fluent SMTP, we’re about to meet your necessity with a gift in the early days of 2021!

Now hold on a second and think about how a CMS can deliver such messages?

If you didn’t know it yet, WordPress has a default PHP mail configuration, wp_mail. Your WordPress website sends all the emails through this function. However, most of the emails sent via the wp_mail function end up in the spam folder. And that’s exactly where an SMTP plugin comes in!

What is an SMTP plugin?

SMTP, which stands for Simple Mail Transfer Protocol, is a protocol through which an email server transfers emails from one email client to another. Before we explain what an SMTP plugin is, it would be wiser to explain the wp_mail function a bit.

Besides, it isn’t wise to use your hosting space for emails. Your audience expects a fast, responsive website, and using the hosting for sending out PHP emails will probably eat up the hosting resources. Therefore, we recommend that you use an additional SMTP server.

Because SMTP servers are optimized for email, and your emails will mostly make it to the user’s inbox. In order to use an external SMTP server on WordPress, you need to use an SMTP plugin.

Why should you use an SMTP plugin for WordPress?

An SMTP plugin can tell WordPress to use an external SMTP server like Amazon SES, MailGun, SendGrid, SendinBlue, etc., for emailing. If you have a dedicated hosting that includes email hosting, you can easily configure the hosting’s SMTP with an SMTP plugin.

An SMTP plugin is useful for various reasons:

To sum up, emails are meant to be sent via SMTP servers, not the wp_mail PHP function. An SMTP plugin can help you instruct WordPress to send emails via your SMTP server, and that’s the sole reason we brought you an SMTP plugin for WordPress, Fluent SMTP.

Why did we build Fluent SMTP?

Recently, we have rolled out an email marketing automation and CRM plugin for WordPress, FluentCRM. The purpose of that plugin is to help out the users to understand their users, customers, members, affiliates, and learner’s interests and do email marketing within the convenience of WordPress.

However, soon after the plugin’s release, our users started using other SMTP plugins and faced a few issues. The common issue’s include:

When such issues arise, it becomes our responsibility to fulfill our promise. So we went back to the development hub and built Fluent SMTP.

What can Fluent SMTP do?

In one sentence, Fluent SMTP can do everything you wished an SMTP plugin can do! Don’t believe us? Check out what you can do with Fluent SMTP:

Send out any amount of emails

Fluent SMTP can deliver any chunk of emails using your SMTP server.  No matter how large your email list is, Fluent SMTP will help you deliver emails to your user’s inboxes via the SMTP server you configured.

Fluent SMTP comes with a unique feature that lets you have multiple SMTP server connections at a time. How is it unique?

No other SMTP plugin will allow you to use two or more SMTP connections at a time. But if you’re sending out marketing emails from your WordPress dashboard, you might want to configure at least two SMTP connections. Why?

Transactional emails and marketing emails bear different purposes. A form submission confirmation will mostly make it to the user’s inbox, regardless of the quality of the SMTP server you’re using. However, marketing SMTP servers involve higher cost because they ensure higher deliverability, and it might not be fruitful if you use an expensive SMTP connection for simple transactional emails.

Connect any SMTP server of your choice

Wondering whether you can use other SMTP servers or not? Yes you can! Fluent SMTP will never limit you based on native integrations. Any SMTP server will give you four elements:

The SMTP servers allow you to connect any app to their server and exchange data transfer via these elements. Similarly, you can connect Fluent SMTP to any server using these details. The connection will be incredibly fast and reliable, and you don’t have to worry about a thing!

And the best part? – Fluent SMTP is free and will always be free!

We have been working in the WordPress arena for more than 10 years now, solving various problems and producing enterprise-grade plugins like Fluent Forms, FluentCRM, Ninja Tables, and small-business solutions WPPayForm or AzonPress.

We were thrilled and felt honored by the support, love, and admiration our company received even during a year as pandemic as 2020! As a result, our organization is more than profitable!

In 2020, we had had a 250% growth as a company and achieved beyond 150% of our annual target! Currently, our solutions powers more than 130K websites! FluentCRM’s release campaign was the highlight of a wonderful season. Within three months of the release, the plugin powers more than three thousand websites.

Although we thought of creating a pro version for Fluent SMTP, such growth and admiration beyond our expectations only put more responsibilities into our shoulders. And as a user-centric company, we feel the best way to pay gratitude to the community is by gifting one of the most vital plugins for free.

Hence, you can picture Fluent SMTP as a companion to Fluent Forms, WPPayForm, and FluentCRM, and they’ll perform more efficiently when combined with this newly released plugin. However, being free doesn’t mean Fluent SMTP will not receive any updates or features. Even though we know this is the ultimate solution in the SMTP plugin category, we know that users will need support and feature updates. Thus, we have made it an open-source software so that you can contribute to the plugin or request more features. We will also continue our research on improving the plugin, add more features, and provide relentless support whenever you need it!

Want to contribute to Fluent SMTP or request a new feature?

How is Fluent SMTP different from other SMTP plugins?

Probably the last question you had in mind, what makes Fluent SMTP a different plugin than the available ones in the WordPress repository?

FluentCRM can send out a large chunk of emails, handle multiple SMTP connections simultaneously, and allow you to connect any SMTP server to WordPress absolutely free of cost. No other plugin will provide you such features for free. If you’ve used our other plugins, you know we prioritize optimization and performance over anything else.

We use VueJS and JavaScript framework in building every plugin, and Fluent SMTP is no different. So whether it’s optimization or speed you might be worried about, don’t bother! It is a single page application (SPA) and will never impact your website.

Never in our wildest imagination, we expected such love, support, trust, or admiration that the WordPress community has shown to WPManageNinja. We know the debt is so much that we can only dream of fulfilling it. But we can certainly show our gratitude, and Fluent SMTP was the best way we could do that. With that said, we wish all the best to those users who made us feel special and honored. Thank you so much!